When it’s freezing outside, we all love to sink into a warm bath. Lucy Baker-Kind researches tubs, taps and trends

Our choice of bathtub is important – it can either make a soak a healing experience or, quite literally, a pain in the neck.

The size and shape of the bath can determine its comfort factor. Chris Scott, Assistant Manager of Total Plumbing Supplies in Axminster, advises spending as much as your budget allows on the tub. “The cheaper baths are 5mm thick, and the more expensive baths are normally 8mm with a reinforced base board,” he says.

When it comes to construction, acrylic is the most common material, with steel and fibreglass also available. An alternative is stone, and Chris is finding these are becoming more popular with “customers looking for the ultimate luxury”.

For traditionalists, cast iron baths have a quality, heritage feel. Nick Cowen, from Antique Bathrooms of Ivybridge (which gives old baths a new lease of life), agrees that this style never dates. “When bathing became popular, baths were made in iron foundries in most towns and cities. Iron baths were made in their millions worldwide – they came in all manner of shapes and sizes, and many are now more than 100 years old and quite unique.”

The beauty of a cast iron bath is its longevity. “We restore cast iron baths that would otherwise be smashed and end up in landfill or at a scrapyard,” says Nick. So the tip, if you have an old cast iron ‘soaker’, is to take it to be restored, with the added bonus of being able to choose colour and finish to match your décor.

Nick even notices a continental difference in shape: “English- and American-made baths are longer and shallower than the French, who tend to make shorter, deeper baths, which are also designed for two to share!”

The 1960s saw plastic baths manufactured in a rainbow of colours, with most hues (remember avocado suites?) now being consigned to the tip. These days, most customers choose white baths for simplicity, knowing they won’t date as quickly. A splash of colour on the outside, or even a copper or pewter finish, can add drama.

Some people view cast iron baths as cold, but Nick has a handy tip to eradicate that: “Put your water in, then leave it for 10 minutes, so the heat can get into the iron.”

For those who desire a more modern alternative, yet who still want a free-standing tub to be the focal point of their bathroom, Chris recommends both Carron and Clearwater as the most popular brands.

If space doesn’t allow for a free-standing bath, corner and shower baths are alternatives. Additional features such as Whirlpool jets can add a touch of extra luxury.

It’s not just the look of the sanitaryware that’s important – the choice of taps can make or break the design. Most baths have built-in taps – it’s only the free-standing variety that have free-standing taps overhanging the tub.

Nick finds that the majority of his customers are looking for chrome taps, yet nickel is also a popular traditional finish. Brass and gold add a touch of opulence to a bathroom. Most taps are created from brass, with the chosen metal finish plated on top.

Chris finds that ornate tap designs suit older Devon properties, with sleek modern taps chosen for new-build homes. Mixer taps are convenient and easy to keep clean, but Chris advises that the home’s water pressure will affect their performance. Low pressure may mean the taps are inefficient or simply not usable, so this must be checked before purchase.

Chris’s customers favour good-quality branded taps, such as Bristan, Vado and Grohe. It is worth buying a premium spout if possible – cheaper brands end up with pitted and peeling chrome.

Some households are eschewing the bath for larger walk-in showers, yet Nick remains a fan of the tub: “Having a soak in the sanctuary of your bathroom is pure enjoyment.” 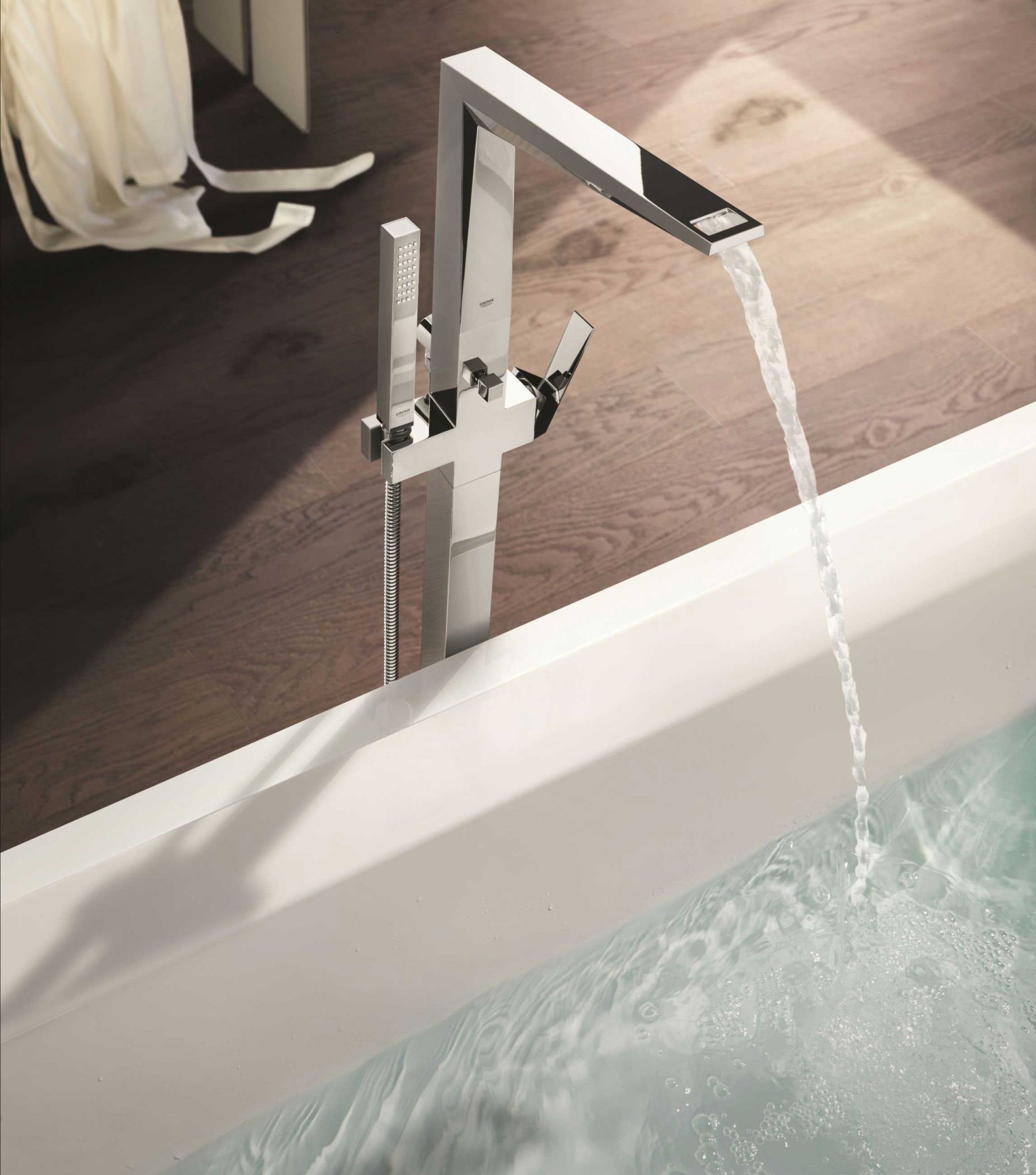 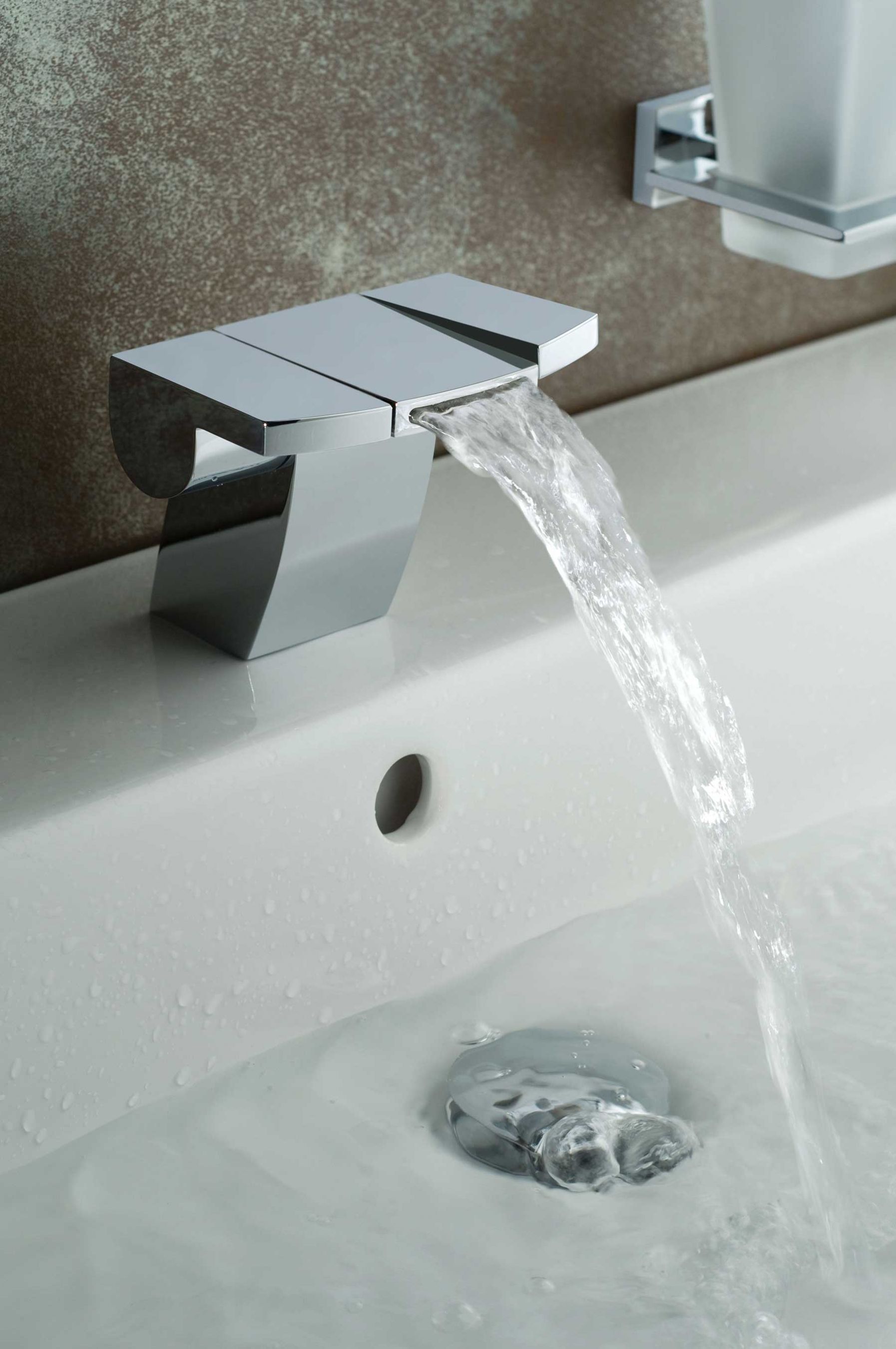