The Power of the Shower

Who doesn't love a revitalising shower? Sue Cade finds out just what makes the water flow for the squeaky clean folk of Devon

Where once a shower was over the bath and involved tricky manoeuvring to get an even spray, or a tiny cubicle with barely room to swing a cat, it is now often the focal point of a bathroom.

Nick Windust of Devon Bathroom Centre says in his experience men are apt to want an overhead shower with a sheet of water cascading down, giving them the sensation of walking through a waterfall. Ladies tend to prefer a shower on a hose so they don’t have to wear a shower cap to keep their hairdo intact. The answer here is to have both options for your shower.

Nick favours German-manufactured shower heads, particularly Hansgrohe. At the top end are Rainmaker Select and Raindance Rainmaker combis, but there are more affordable options. For screens, Devon Bathroom Centre works with British manufacturers Matki from Bristol, Aqata in Leicestershire, and Majestic, based in Harlow. “Where etched glass was fashionable for a time, most of our customers are currently specifying plain screens, with minimal channelling to hold the glass in place.” Nick says some customers think resin panelling is a good option as they believe it is a ‘cleaner’ material. “But actually, whatever you use for tiles and panels, fungus will grow. It’s regular cleaning, good ventilation and a warm bathroom that make the difference, rather than the choice of materials.”

Luxury bathrooms have long been associated with marble, and Grants Marble in Newton Abbot has been creating beautiful bathrooms since 1834, providing a bespoke in-house service, including turning, inlay, veneering and carving. According to MD Mark Halliday, the most popular marble at the moment is the fairly traditional Carrara, a clean white marble from Italy. But where marble and showers are concerned, the sky’s the limit. Mark has created intricate designs with a mother-of-pearl inlaid into marble, and carves marble shower trays to order.

One lesser-known marble is Devon Marble, Mark says. Once common in South Devon, which was the centre of English marble, it can still be found in unlikely places, including kerbstones in Torquay. Devon marble can still be obtained, albeit in smaller quantities, and Mark has used it for mosaic design in shower trays.

Mark is keen to highlight that marble in itself isn’t waterproof, and key to the creation of a marble shower enclosure is a waterproof lining, using special paint or plastic and taped joints. “You also need a two-stage drain, not just to drain the shower, but also the surface of the waterproofing.”

Over at Sapphire Spaces in Topsham, Bathroom Director David Aspinall suggests considering digital for the highest performance. “Digital showers offer the ultimate in flexibility because the mechanics can be fitted away from the shower itself, meaning easy installation and maintenance.”

Feeling a little lazy? David recommends the Dornbracht horizontal shower, which has six water bars recessed into a broad shower field above the reclining space so you can lie back and relax. The innovative eTOOL control panel allows you to manage flow rate and temperature from your reclined position. The shower also comes with three pre-programmed water choreographies – how luxurious!

David says he is increasingly receiving enquiries about showers that provide a spa experience; he suggests the HI-SPA 600 shower by Aquademy is worth considering. The combination of aromatherapy, 16-colour chromotherapy lighting and four different water-patterns offer an all-encompassing well-being experience. Choose a colour that fits your mood (for example, violet relaxes muscles, green promotes relaxation and red gives courage), then enjoy the invigorating waterfall massage or the tropical rain or relaxing nebuliser effect to stimulate your senses.

And finally, for something completely different, look no further than William Garvey. Based in Payhembury in East Devon, this specialist furniture maker of international repute is known for striking teak baths, basins − and showers. Wood and showers seems an unexpected combination, but Business Development Manager Robin Deitch points out that teak has been used in the yachting industry for hundreds of years and has proven itself to be durable in areas where water meets wood.

“Teak and cedar have a natural antiseptic in the molecules of their fibre which makes them resistant to the mould and rot that affects other timbers over time. Our teak showers need little in the way of care – they can be cleaned with a household brand of non-scouring kitchen cleaner and once a year given a wipe over with OSMO oil to bring the life back into them.” William Garvey will happily make all components for a shower, with a specialist finish (and all handmade in Devon).

Whether your dream shower is marble or teak, offers aromatherapy or puts you in mind of an Amazonian waterfall, this is one element of your home where it is surely worth indulging in a little luxury. 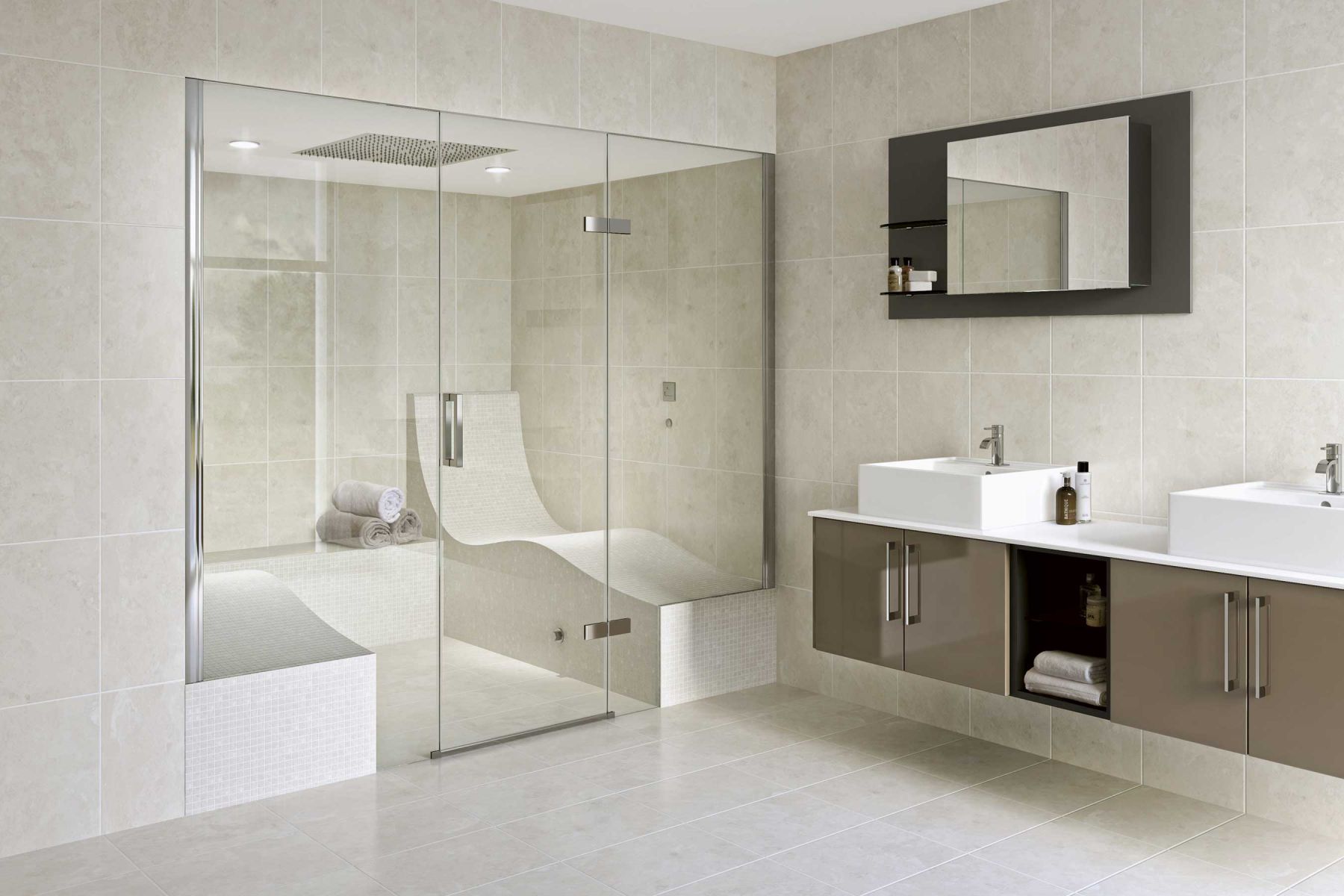 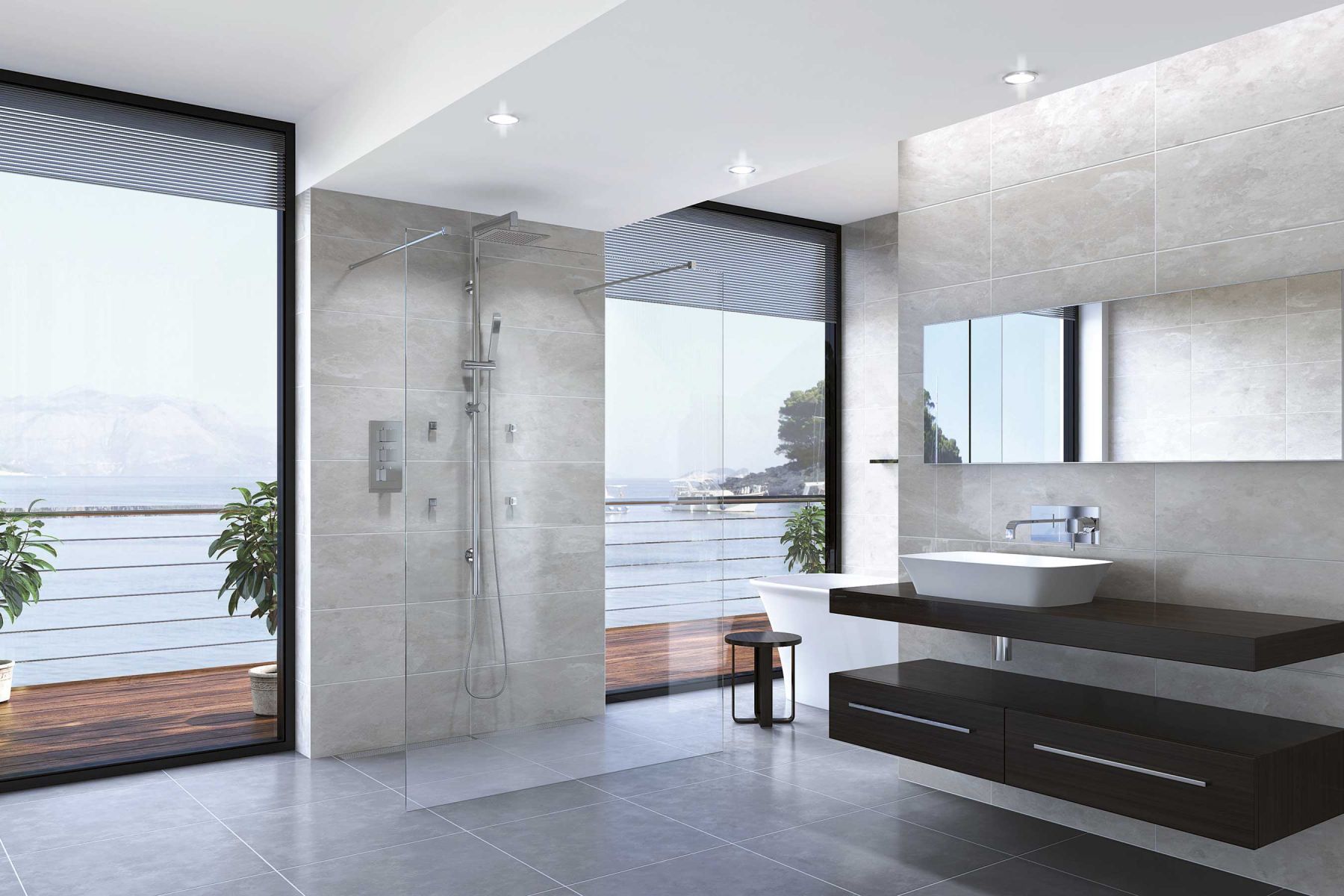